Name: Hugo Noël President of CircusConcepts and internationally recognised Artist Birth date: January 13th 1984 Height: 5’10” / 178 cm Grew up in: St-Antoine-de-Tilly, Québec, Canada Raised part-time on a sailboat sailing around the Atlantic Ocean, Hugo is a very friendly person who likes to spend quality time with friends. Since he discovered circus in 2003, he has been consumed by his passion for creation and physical accomplishments. He first started by learning the basics at the Québec Circus School, and at the same time started competing in trampoline. Just in time for him to finish his studies in mechanical engineering, he was hired by Cirque Starlight, in Switzerland, where he made his debut as a professional circus performer. He since then worked for various companies in touring or fixed show in Europe and America. After leaving the “LOVE” show in Las Vegas, he went back to Canada to perform his many skills in corporate events. His acts have had since a great success, having been presented in over 25 countries around the world, more than 15 festivals and numerous awards, including 4 at the most recognised circus festival of Monte-Carlo, and his act was again presented in 2016 for the "Best of last 40 years" in Monte-Carlo. There are now an average of 15 artists working for Circus Concepts for galas and shows, and also have 3 persons working with us in the office engineering side of the company, 4 in the manufacture, creating the dream apparatus of the artists. Using the skills he has been taught by his father since very young, and other knowledge he acquired in a work and study education in Mechanical Engineering and while he “ran away with the circus”, Hugo also draws and shapes metal to help circus artist achieve success – making people believe in dreams. See shows.circusconcepts.com for more info on shows.

Circus Concepts recently became an official PETZL reseller!   This gave us access to really amazing new items to help you enjoy and maximize your circus passion.

Shortage of supply on Aramid Fibers - New model next week! 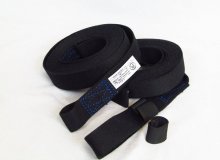 Due to high demand of the the fiber for the army and governement supply and limited supply, we are not able to obtain this material anymore for an indefinite amount of time.

User guide to our freight shipping quote option in checkout

Uh-Oh, there was an error!

About Safety Checks for Aerialist 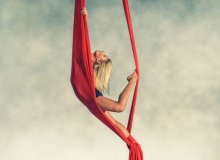 More information about this safety recall. This only applies to specific models and we have.... 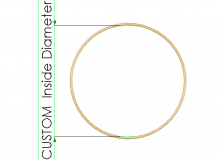 It is more of an art than a science to get the perfect wheel size, but this chart will help you out.
0 Comments Read more..
Showing 1 to 9 of 9 (1 Pages)